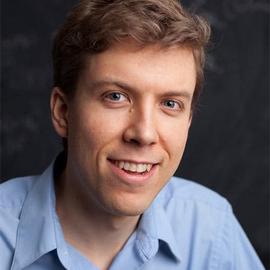 My research is in string theory, which is a theory that combines quantum field theory and gravity in a consistent framework. I am interested in using string theory to understand the early universe, and in developing compactifications of string theory that lead to realistic four-dimensional physics.

Recent observations have yielded striking evidence for an inflationary epoch, or something very similar, in the early universe. To date, however, there is no compelling theoretical underpinning for inflation. String theory can provide a robust framework for studying the early universe and for addressing some long-standing puzzles in inflation. If we are fortunate, the interface between string theory and inflationary cosmology may also bring string theory into contact with cosmological observations. This is arguably the most promising route to a test of string theory.

The primary task in this work is to understand the properties of the four-dimensional effective theories associated to specific compactifications of string theory. Questions about the inflaton field can often be mapped into questions about the geometry of the internal space or about the potential governing deformations of this space. One can try to understand the general properties of the effective theories arising from string theory, and at the same time construct explicit examples that illustrate these properties in detail. Examples of my work in this direction include explicit models of D-brane inflation; applications of the AdS/CFT correspondence to determining the structure of D-brane inflation models; a model of large-field inflation based on axion shift symmetries and axion monodromy; signatures of axion monodromy inflation in the CMB spectrum and bispectrum; D-brane probes of nonperturbative effects in flux compactifications; scenarios for sequestering in string compactifications; a set of analytic techniques for generating local solutions of supergravity; explorations of inflation in high-dimensional field spaces; and characterization of the dynamics of relativistic D-branes.

I am also interested in applying techniques from random matrix theory to study problems in string theory.

Random matrix methods make it possible to compute quantities like the scalar mass spectrum, or the fraction of critical points that are local minima, given very limited information about the underlying compactification. One striking outcome is that the overwhelming majority of de Sitter critical points in string theory are unstable saddle points, not metastable minima.